Explore History: Five Facts About Nikola Tesla
How much do you know about the man who invented the 20th century?
By: Legacy.com Staff 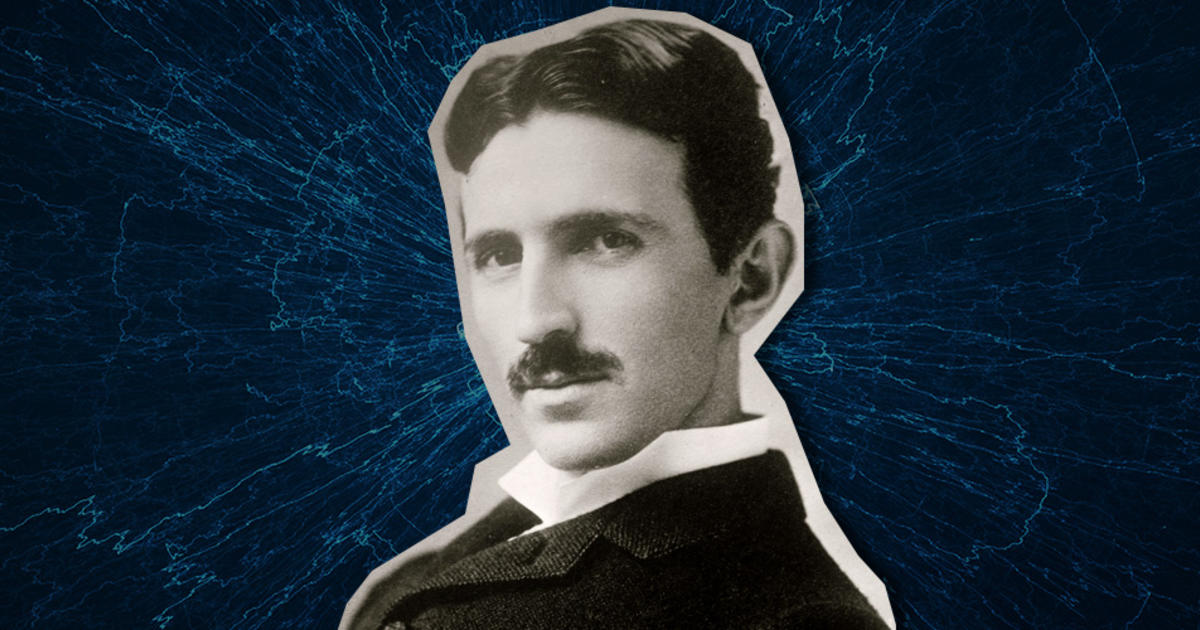 Nikola Tesla has one of history's most impressive nicknames: "The man who invented the 20th century." The AC motors and power systems he patented were said to be the most valuable inventions since the telephone, but they were far from his only creations: by the end of his life, he held more than 300 patents. Learn more about the quirky inventor who seemingly peered through a crystal ball into our modern world (often at the expense of success in his own time).

1. Back in 1901, he laid the groundwork for today's smartphones.

Twenty years ago, most people couldn't have imagined the sophisticated smartphones we use today. But more than a century ago, Tesla envisioned remarkably similar technology. In a 1909 interview, he describes what sounds like an app-laden smartphone: "It will soon be possible ... for a businessman in New York to dictate instructions and have them appear instantly in type in London or elsewhere ...An inexpensive instrument, not bigger than a watch, will enable its bearer to hear anywhere, on sea or land, music or song, the speech of a political leader, the address of an eminent man of science, or the sermon of an eloquent clergyman, delivered in some other place, however distant."

2. He survived by working as a manual laborer for a time.

Tesla may have "invented the 20th century," but he wasn't always appreciated; like most of us, he experienced ups and downs in his professional life. In 1884, according to Smithsonian magazine, he sailed to America with a letter of recommendation written by a former employer and addressed to Thomas Edison. The letter read, "My Dear Edison: I know two great men, and you are one of them. The other is this young man!" After meeting Tesla, Edison hired him to improve upon electrical conversion models. Tesla put his smarts to work and made the improvements, but when Edison refused to pay him, Tesla severed the relationship and began working as a manual laborer, digging ditches to survive until he could maneuver back into his preferred field.

3. He drew inspiration from the dream world.

Tesla's imagination set him apart. Drawing on stunning powers of visualization, he conducted complex "dream experiments" and built prototypes in his mind. His imaginative genius can be traced back to childhood – specifically, to the day when he saw a photograph of Niagara Falls and, gazing at the image, imagined harnessing the power behind the thundering columns of water. Later in life, he brought the dream to fruition by developing the first hydroelectric power plant at Niagara Falls. Speaking of his imaginative methods, he once said, "The motors I built were exactly as I imagined them. I ... merely reproduced the pictures as they appeared to my vision, and the operation was always as I expected."

4. He spent his free time with other unconventional thinkers.

Tesla was a loner, but he did befriend a select few – and those few were distinctly different from the scientists and businessmen with whom he worked. Friendships blossomed instead with creatives with an eye for life's beauty, including author Mark Twain, environmental philosopher John Muir and poet Robert Underwood Johnson. According to the Tesla Memorial Society of New York, most of the people Tesla met socially outside of his small inner circle were guests at Johnson's fashionable Manhattan home.

Funding was necessary for Tesla to bring his inventions to life, but his genius wasn't exactly for sale... he courted success, yet had a hard time submitting to the interests of investors. Case in point: J.P. Morgan funded his plans to create a massive radio transmitter (to the tune of $150,000, a multimillion-dollar fortune in terms of today's money), but pulled the funding after discovering that Tesla was going against his wishes by working instead on his own passion project: a device that would wirelessly transmit power itself.

The rich, powerful players of the burgeoning electrical industry didn't appreciate Tesla's dedication to the beat of his own drum, and he paid dearly for it. Beyond pulling that initial funding, J.P. Morgan went on to aggressively manipulate Westinghouse Electric, Tesla's employer, into renegotiating the contract that would have given Tesla bountiful royalties.

Tesla died alone and impoverished in January of 1943. He doubtless took brilliant designs and concepts with him to the grave. Despite the tragedies of his life, it seems that his core beliefs remained true to the end. "Let the future tell the truth, and evaluate each one according to his work and accomplishments," he once said. "The present is theirs; the future, for which I have really worked, is mine."

Back to Table of Contents page

This article was originally posted online at http://www.legacy.com/news/explore-history/article/five-facts-about-nikola-tesla